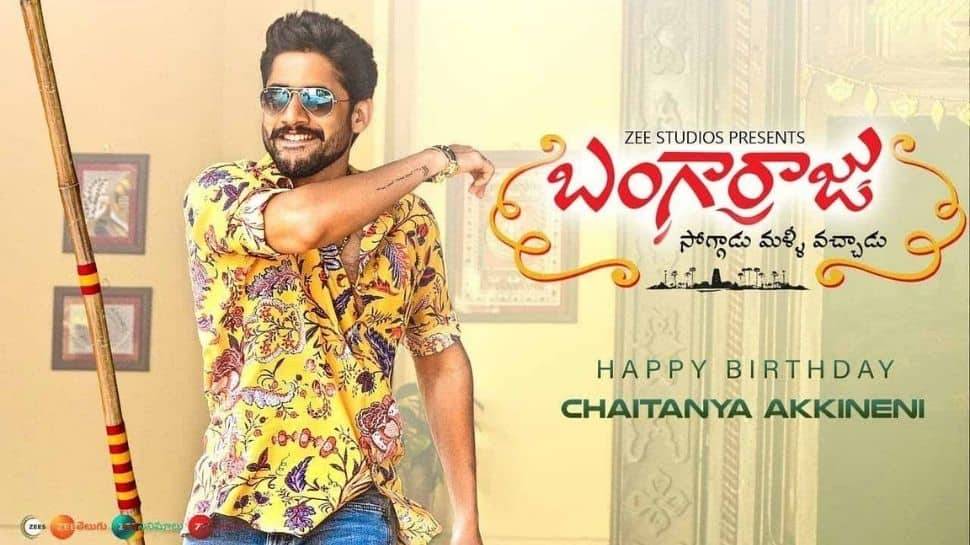 The first look poster of Akkineni Naga Chaitanya from his upcoming multi-starrer ‘Bangarraju’ has been unveiled.

Naga Chaitanya, who’s in a swaggy apparel, has drawn consideration with the poster. As the makers additionally unveiled the primary look teaser that includes Naga Chaitanya, it has boosted the hype for the film.

On Tuesday, the makers carry within the celebrations of Naga Chaitanya’s birthday, by unleashing a cool teaser, that includes Naga Chaitanya from ‘Bangarraju’. The teaser opens with a shot that reveals off the portrait of Nagarjuna held on the wall, after which the lens shift on Naga Chaitanya, who’s strolling in fashion whereas his smirk denotes his perky function within the film ‘Bangarraju’.

As the Akkineni hero walks ahead, the main target shifts on the ornaments positioned close to his father’s portrait. Naga Chaitanya then proudly wears the ornaments and walks in direction of his absolutely adorned Royal Enfield bike. On the best way, the actor is seen stylishly hitting the cattle stick on the bottom that settles on his bike as he walks in direction of it, displaying off his swag.

While the ‘Bangarraju’ teaser unleashes the cool function of Naga Chaitanya from the film, it additionally brings again the recollections of ‘Soggade Chinni Nayana’, during which his father Nagarjuna performs an analogous function.

Zee Studios is co-producing the challenge with Annapurna Studios Pvt Ltd, whereas Akkineni Nagarjuna himself is the producer. Satyanand has penned the screenplay for ‘Bangarraju’, whereas Yuvaraj handles cinematography.