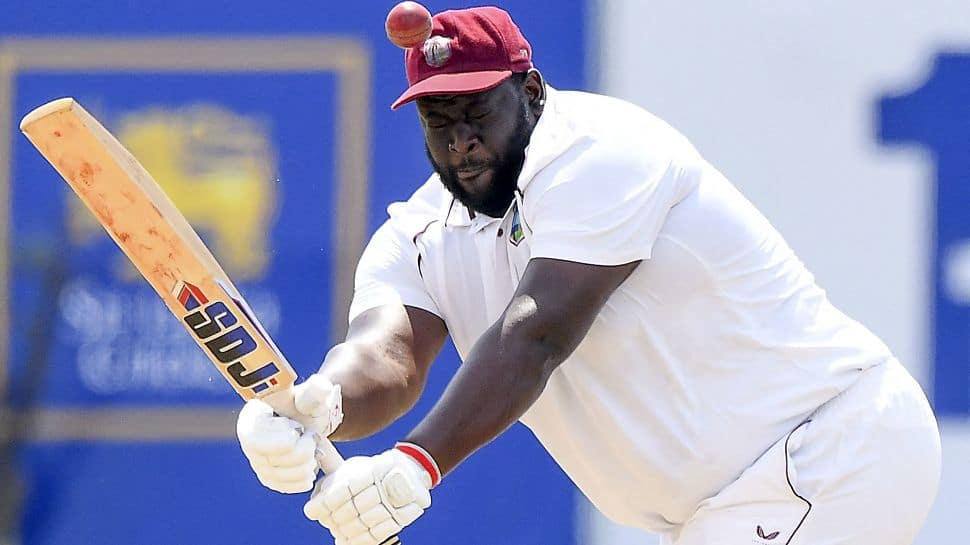 Galle: West Indies lower-order managed to point out some battle in opposition to Sri Lanka within the first innings earlier than rain pressured early stumps on Day 3 of the continued first Test right here on the Galle International Stadium on Tuesday.

Resuming Day 3 on 113/6, in a single day batters Kyle Mayers and Jason Holder managed so as to add 50 extra runs to the entire earlier than Mayers (45) was despatched again to the pavilion by Dhananjaya de Silva. Soon after, Holder (36) additionally perished off the bowling of Praveen Jayawickrama, and Windies was lowered to 175/8 within the 61st over.

Rahkeem Cornwall and Joshua Da Silva then received collectively on the crease and the duo placed on 49 runs for the ninth wicket, however as quickly as Windies began to realize some momentum, Cornwall (39) was despatched again to the pavilion by Suranga Lakmal.After Cornwall’s dismissal, rain performed spoilsport and play didn’t resume, and because of this, umpires needed to name for early stumps.